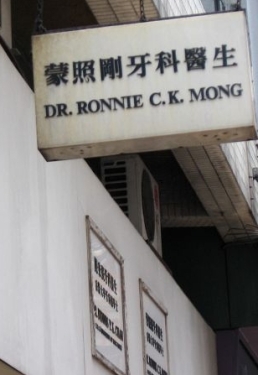 According to reports, a medical accident occurred recently in the Dental Clinic of the Hong Kong University Health Care Department. A group of medical devices were suspected to have been used without human hyperthermia and high temperature autoclaving procedures, causing the doctors to infect blood through the bloodstream. The University of Hong Kong said it would try its best to inform patients who visited the clinic from October 30 to November 2 to conduct blood tests.

Reading this news is like a spring breeze. It can't help but applaud the Hong Kong Universityâ€™s approach. To be sure, in the contradiction between doctors and patients filled with the smell of gunpowder, under the situation in which the trust and image of medical institutions and medical personnel are declining, "recalling patients" is undoubtedly a meaningful salvation.

Previously, we had heard of product recalls and drug recalls. I did not expect patients to be â€œrecalledâ€ today. While facing the medical malpractice, the dental clinic of the Hong Kong University Health Care Department dared to admit to the world that it was not a positive energy.

In contrast, some medical units in the Mainland are precisely because of the lack of direct confrontation and wrong courage, which has led to an intensification of contradictions between doctors and patients. In recent years, the phenomenon of strained doctor-patient relationship has become increasingly prominent in China. Solving the contradiction between doctors and patients has become a difficult issue in today's society.

According to reports, from the statistics of doctor-patient conflicts in recent years, more than half of the contradictions are still concentrated on services. As long as the hospital actively intervenes, strengthens services, and explains the patients clearly, the contradictions will generally be resolved, and real medical accidents will only account for them. 10% to 20%.

According to reports, in fact, Xu Lizhi, the president of the University of Hong Kong, said that the apparatus has undergone three rounds of disinfection procedures but it lacks the final procedure. However, it is believed that the virus has been cleaned and the patient is unlikely to be affected. However, the dental clinic chose a rigorous and scientific medical attitude. This is quite rare and valuable and worthy of learning and learning from medical institutions in the Mainland.

The practice of â€œrecalling patientsâ€ tells us that candidness is the most important attitude in the treatment of doctor-patient relationship. It is â€œlubricantâ€. Only sincere can we resolve the contradiction between doctors and patients. Mutual trust.

The ultimate goal of medical reform is to let medical care return to public welfare. To return to commonweal means to abolish the medical malpractices of medical institutions. Only by genuinely returning to public welfare, will it be possible to solve the problem of â€œdifficulties in seeing a doctor and expensive medical treatmentâ€ and it is only possible to solve the contradictions between doctors and patients.