The Chinese people have the most affection for porridge. Ming Shi Li Shizhen said in the "Compendium of Materia Medica" that porridge is "extremely soft and incomparable with the stomach and the stomach. It is also the most wonderful diet." The Song Dynasty poet Lu You even thought that eating porridge can become longevity. It is generally accepted by the medical community that porridge can supplement Yin fluid, produce stomach and spleen and stomach, fill up the spleen and stomach, and make up for the loss.

As we all know, the various types of foods people eat every day are decomposed into simple, small-molecule substances that can be absorbed by the body. Therefore, the finer the food, the easier it is for the body to digest and absorb it. Since porridge is extracted at a relatively low temperature and for a relatively long period of time, it can reduce the decomposition and destruction of proteins and fats and the loss of vitamins, and make some minerals soluble in soups, making porridge more nutritionally valuable. .

The biggest feature of porridge is that it can be supplemented with various ingredients with medicinal properties, such as lotus seeds, barley, lilies, lentils, red dates, Chinese wolfberry, Chinese yam, walnuts, etc., or supplemented with protein-rich lamb, beef, and fish. Bone marrow or other dark vegetables and fruits that contain a lot of vitamins. After being processed through different processing methods, it not only has rich nutrition and delicious taste, but also has nourishing, rickets and self-cultivation effects.

The health care value of porridge is very high, but Chinese medicine pays attention to 'differentiation and treatment', and people who eat in different physiques, seasons, and regions have lavish attention to eating porridge. 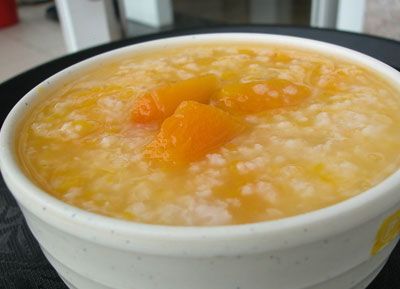 Alcoholism man: Lotus bean porridge cares for heart and liver. Long-term heavy drinking has the biggest damage to the liver, so it is recommended to take lotus root and mung bean porridge. Mung bean boiled, can Jianpi appetizers, Shugandanqi, Qinggan gallbladder fever, raising heart and blood. Rice has the function of protecting the liver and protecting the stomach, and eating after drinking can reduce the damage of a lot of alcohol to the liver.

Busy man: lotus seeds consolidate porridge and nourish the mind. Such people are mentally and easily fatigued, have poor sleep, and generally do not exercise, which can affect the normal absorption of the diet by the stomach and stomach. Sedentary prone to symptoms of back pain, it may also cause prostatitis, you can drink lotus seeds to consolidate porridge. Lotus seeds make up the spleen and relieve diarrhea, raise the mind and calm the nerves, while the cirrhosis can strengthen the spleen and tonify the kidney. Drinking regularly can relieve stress and prevent symptoms such as insomnia caused by work stress.

Thin man: Atractylodes yam porridge kidney and spleen. Such people often think that eating nutritious foods will have no problem. In fact, they generally have weaker spleen and more nutrients. Proteins in foods cannot only be completely absorbed, but they also increase the burden on the kidneys in metabolism. .

It is recommended that such people drink Atractylodes porridge to strengthen the spleen and kidney. Atractylodes replenishing spleen, warm stomach, digestion, yam can regulate the body's immune system, while wolfberry nourish the function of the liver and kidney, these three materials together with porridge, can play the role of spleen and kidney, strong muscles.